Last night, Colin lost his 8th tooth. It was a marvel to behold! Not the tooth, the gaping hole of the eight teeth that have left his mouth. I don’t even know how he eats sometimes. There really is nothing quite like the awkward stage of your child appearing to have had one too many Mountain Dew’s. Well, even though we don’t drink Mountain Dew. You get the point!

Well, in the mean time Alex was just in a whirlwind of excitement. He was grabbing tissues and asking to hold the tooth.  As he was jumping up and down, I found it completely adorable that he was happy for his big brother. Who wouldn’t, right?

As the excitement was winding down, I noticed Alex scribbling at the coffee table. When I asked what he was doing he replied, “I’m making a card for the Tooth Fairy!” Adorable! I was laughing and told him, ok, but he needed to hurry up. It was bed time after all!

Later, I carried through with my magical tooth fairy duties, and slipped the dollar under Colin’s pillow. Alex was sleeping in Colin’s bed, again. There was no doubt in my mind that he was there for the excitement of the Tooth Fairy.

Fast forward to this morning and waking the boys up. Colin was beaming from ear to ear when he found his loot. Once he was done staring at his dollar he asked, “what about Alex?” Um, what now? Alex popped up and felt around under his pillow and pulls out this piece of paper:

Holy freaking shenanigans. This cute card that my adorable child was “making” was a money demand?! Good lord. My reaction: 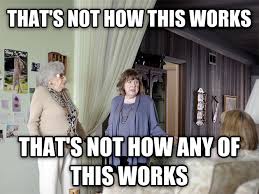 So Alex has learned his lesson. He realized the tooth fairy does not bring money upon demand, and he will need to wait until he loses a tooth.   It should be noted that Alex hates writing. Even though he is doing well with his letters in school, work like this is um, well, like pulling teeth. Pun completely intended. So kudos for his effort into his demand letter!

Anyone else have a good Tooth Fairy Story out there?

One thought on “Tooth Fairy Shenanigans”

Because most issues are life issues, if you think about it.

It's Not About Food (although it could be) -- It's About Life -- and Everything in Between.

The best we can do, is learn as we go.

With All My Affection

A Lifestyle Blog by Arielle Tan

"If you are resolutely determined to make a lawyer of yourself, the thing is more than half done already" - Abraham Lincoln.